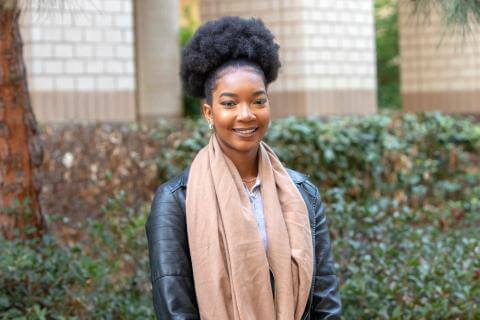 Kallie Brown received a B.S. in Psychology from Howard University in Spring 2017. While studying at Howard, Kallie conducted research on the effects of parent-adolescent communication on academic achievement in African-American students under the guidance and mentorship of Dr. Debra Roberts. She is currently pursuing a Ph.D. in Psychological Science at the University of California, Irvine. Her research focuses on examining how positive racial/ethnic identities are developed and sustained despite oppressive structures for African-Americans and Afro-Latinos in the U.S. She also studies how this positive identity can act as a buffer against the negative effects of discrimination on health outcomes